It’s green, but don’t call it a Tube Screamer.

Often referred to as the worst kept secret by Nashville session guitarists, the Nobels ODR-1 overdrive is a pedal that’s been around for decades and is one that you have likely heard before – you just didn’t know it.

Here is my review of the Nobels ODR-mini overdrive pedal.

While the ODR-1, also simply nicknamed “The Nobels”, has received plenty of praise from Nashville session guitarists like Tom Bukovac and Guthrie Trapp as an amazing sounding, yet inexpensive overdrive, there have been some complaints about the original pedal’s build quality. Many professionals that rely on the ODR-1 have had the pedal re-housed while keeping the circuit fully intact. Even if the pedal was rehoused the pedals would vary widely from one unit to the next due to the natural variations of tolerance between resistors.

The ODR-mini solves many of those issues with its smaller, more road-worthy design. The original ODR-1 was designed and manufactured in Germany to begin with, but the ODR-mini is made in China. The mini sports an all-metal enclosure and opts for a button bypass as opposed to the larger “Boss-style” switch. The jacks are tighter and the controls/pots, while noisy when tapped, are stable enough.

This newer, miniature pedal has the option to be powered via 9V or 18V DC power and draws minimal current, making it pedalboard friendly in every way. It also features true bypass, a spec that many will find essential compared to the original’s buffered bypass.

While the build quality of the new ODR-mini has received a much needed update, one thing that has remained constant for the better is its simple control layout. The controls on the ODR-mini are as follows:

With these three controls the Nobels ODR-mini is capable of getting a wide array of phenomenal, natural sounding overdrive tones.

The most notable of these is the Spectrum control, which works unlike any other tone control I’ve used by adjusting two sets of parameters at the same time. In my opinion this is partially what separates and elevates the Nobels overdrive as one of the best overdrives available today.

I mentioned before that one of the few issues I have with this pedal are the knobs/pots. I’ve only ever played my pedal, and I have not heard this complaint from others in my research, but whenever I tap on the knobs of my ODR-mini, the pedal picks up the noise, not unlike tapping on a microphone. Thankfully, I have to intentionally do this to make the noise arise, and the pedal is dead quiet otherwise.

Each of the controls is painted with a line of fluorescent, glow-in-the-dark paint, making your settings easy to see on dark stages. This small, but effective detail makes the Nobels even more ideal for the working class musician.

The buzz word that most often gets thrown around when describing the Nobels ODR-mini’s sound is “natural”. To me this means that the pedal sounds like a vintage tube-amp getting pushed into saturated overdrive territory. In fact, many in my research have described the Nobels as a Dumble amp-in-a-box type pedal.

While these buzz words will mean something slightly different to everybody, Brian Wampler explains in his video above that the ODR-mini leaves your midrange rather flat, instead altering the low-mids and highs via the Spectrum control. This is completely different from the Tube Screamer and many other overdrives that focus on shaping/peaking the midrange. This, in my opinion, is truly what gives the ODR-mini it’s natural, tube amp-like sound.

This is possibly why the circuit has had long term success and use in the Nashville scene, as it is a perfect pedal for fattening up single coil pickups found on Telecasters and Stratocasters. It also offers a wide array of tonal options while taking up minimal space on your board.

One often heard gripe about the ODR-1 is that the bass frequencies are too pronounced or booming. The ODR-mini sounds identical to the original ODR-1, except that there is slightly less bass push. So while the ODR-mini may not satisfy the purists that want it to sound like the original, those that are new to the circuit like myself are happy that the bass is tamed somewhat. Honestly, I would be happy with a bass cut switch mod like the new ODR-1 BC has.

As with all of my hands-on reviews, I am going to offer up three of my favorite settings for your consideration. In compiling these settings, I used a wide array of guitars through a model of a Hiwatt DR103 Brill 100 watt amplifier (Line 6 HX Stomp) set clean.

One of the most common complaints about Strats is the bridge pickup sounding too thin and bright. I’m personally a fan of strats with single coils in the bridge, but I will agree that they can benefit from some tonal shaping from a great overdrive like the Nobels ODR-mini.

To get a great lead tone in this scenario, try the following settings:

This setting gives you the right amount of saturation and overdrive to turn a clean sounding amp into a convincing impression of a cranked full stack. Setting the Spectrum at 10:00 fattens up the low mids and tames the high end frequencies of the bridge pickup, while still allowing you to cut through the mix.

In my opinion this is a quick way to get those Hendrix-like tones that so many Strat players aspire to have. You can then dial back the volume control on your guitar and get a crunchy rhythm tone that can be used all night.

They say the Nobels ODR-mini is too bass heavy for humbuckers, but you can make it work with this setting.

Roll off all the bass on your amplifier and then set the Nobels as follows:

Flip to your bridge humbucker and you’ve got the perfect 70’s classic rock tone. Your humbuckers will do a lot of the heavy lifting, meaning that the Drive can be set back a bit.

Rolling the bass off of your amp is crucial, as the pedal will provide all the bass frequencies needed and the Spectrum will add enough high end clarity to balance everything out.

You can even flip to the neck pickup, then roll back the volume and tone knobs on your guitar for a great jazz tone.

This is how I use the pedal the most, especially when using a Strat or Tele for country gigs where I’m using a clean amp.

With this setting, the natural EQ of the pedal reshapes your pedal platform amplifier to give it a unique character.

I would compare it to a knock-off Dumble or a Fender Blackface amp turned up.

Even if you don’t want to use this as an “always on” effect, it can function like having an extra channel added to your amp.

This setting will work in front of a dirty amplifier as a boost as well, though you will need to dial in the Spectrum to taste.

Final Thoughts on the Nobels ODR-mini

The Nobels ODR-1 and subsequently the ODR-mini have gained in popularity as of late due to Nashville session players becoming more transparent about their gear. It turns out that this pedal has played a major role in country and rock music, but has gone under the radar.

The good news is that unlike the Klon or other mythic status pedals, the ODR-mini comes in at near budget friendly prices and is easily attainable. It also fixes a few of the minor issues that the original pedal had by improving the enclosure quality and shrinking it down to a mini pedal format.

The Nobels ODR-mini isn’t a perfect overdrive, but it is an undeniably great sounding overdrive. As a result there are more and more fantastic sounding pedals being created based off of it. Those pedals are worth checking out too, but the price point, attainability, and much needed fixes that this pedal addressed make it the one that I opted for. I personally own this pedal and I use it all the time now.

If you overlooked the ODR-mini like I did, I think you should check it out. To me, it is the new/old working class overdrive and it’s quickly becoming one of my favorite overdrives. 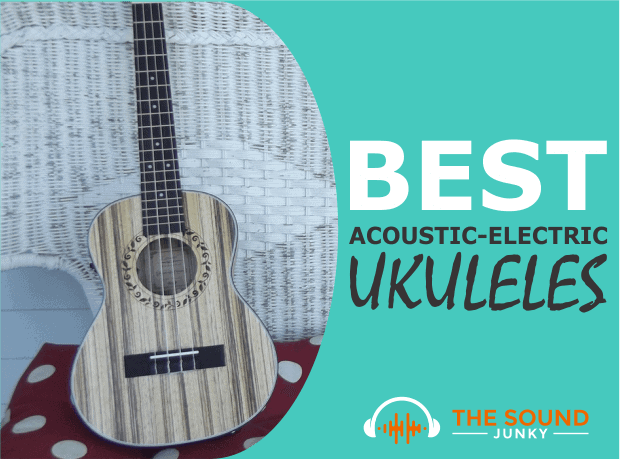 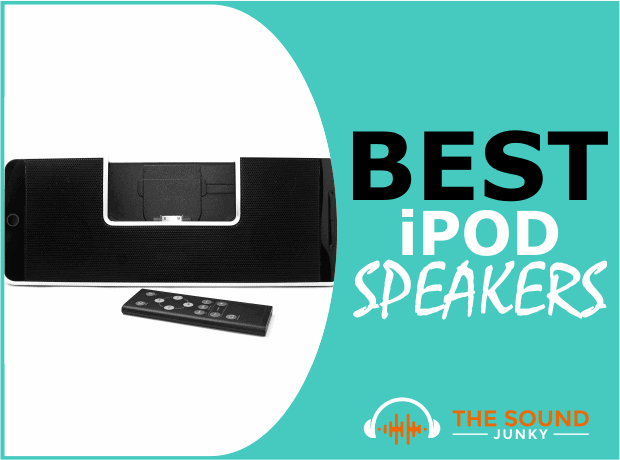 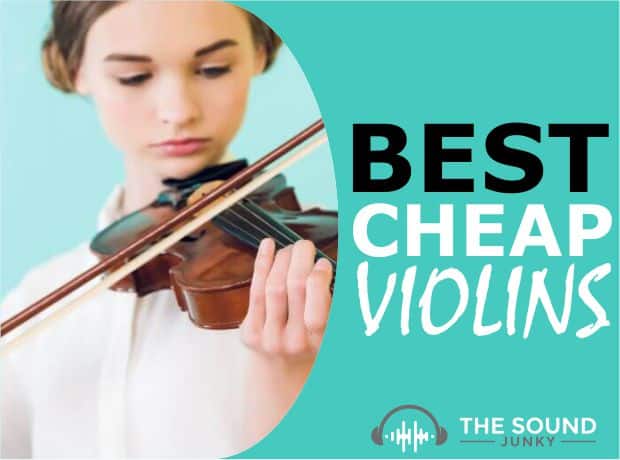 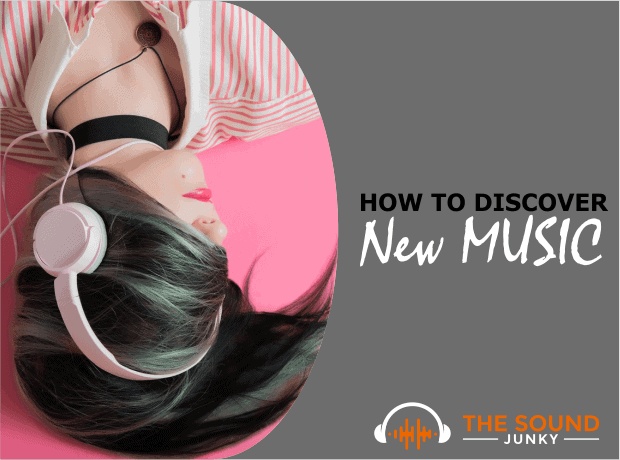 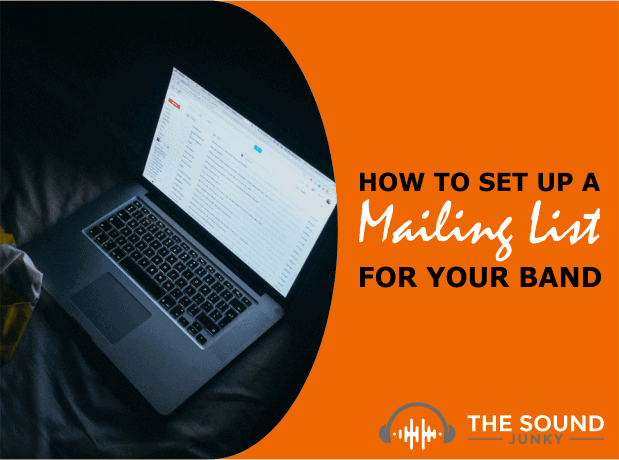