Do you really need to be plugged in to be heard?

Can you get away with not spending the cash on an amplifier?

Getting setup with all the must-have equipment to play the electric guitar can be an expensive pursuit.  It’s especially so when many of the best electric guitars come with nothing but a couple of picks.

Forking out the extra bucks needed to get plugged in just may not be in your budget – yet.  But, don’t fret, we have some tips to get you playing right away.  If you can’t pull the trigger on an amp, you’re looking for alternatives, or you’re wondering how to play quietly without disturbing the household, we have you covered.

Here’s how to hear that great, amplified sound without an amp.

Indulge us for a sec while we do a recap on why you need the extra gear for an electric guitar.  Looking at an acoustic and electric side by side the main differences are obvious.  You have the deeper, larger, hollow wood body of an acoustic guitar with thicker steel strings and a sound hole.  Many factors contribute to resonance, sustain, and volume, but the sound chamber has a direct and immediate influence on sound projection.  When the strings are played, vibrations essentially reverberate within the sound chamber to amplify, well, sound.

A solid body electric guitar obviously lacks a sound hole, has some extra shiny parts on the top, and it’s slimmer and smaller.  Without a sound hole to resonate string vibrations, it’s markedly quieter than an acoustic.  To be heard, it must be “plugged in,” and how it does this is via circuitry and hardware that consists of magnets and wire coils called pickups.  The pickups detect string vibrations and converts them into electrical signals to be fed to an amplifier.

To be heard playing the electric guitar, must you have an amp?  Yes and no.  Yes, you must amplify sound somehow.  And, no because there are alternative plug-ins to get you plugged in.  This is where we get into amp alternatives and how you can still be heard.

Can you plug headphones into an amp?  Most of the time, yes.  Many amps come with a headphone output jack to plug in your earbuds, and it’s the obvious solution to playing an electric guitar with headphones.  But, when you don’t have an amp, or you’re looking to take your guitar out but leave the amp behind, what do you do?

The alternative is a headphone amp like the Vox AC30 Guitar Headphone Amp.  Okay, it’s still an amp, but it’s the best option for practice and travel.  This is a sub-category of amps called bug amps.  They’re small, battery operated, and plug directly into the guitar to plug in headphones.  They can come with amp presets, may allow for connection to small speakers, and are relatively affordable under $50.

Why get one?  They allow for solo practice, you won’t disturb the neighbors or wake up the kids, and you can take it on the go.  It makes for private playing in the car or during lunch breaks a breeze.  You won’t have to deal with lugging a ton of gear with you as portability is a non-issue with a pocket-sized amp, and it eliminates the use of a bunch of cables.

There’s also the option of using a multi-effects pedal with headphone out connections like this Line 6 Helix.  Of course, it can do so much more than just let you play with headphones in for quiet practice.  Is it overkill?  It may very well be, but for those looking for professional-grade gear to get into guitar modeling, it’s your ticket in.  It will also allow you to plug into an amp when you eventually get one and studio monitors and PA systems for gigging it up on stage.

Who would’ve thought you could use your PC’s speakers to be heard?  Obviously, someone did because you can.  You can’t plug a guitar directly into a computer, but you can get a device that allows you to do so.  So, can you plug a guitar into an audio interface? Yes.

An audio interface is AD/DA (analog to digital/digital to analog) hardware that converts audio signals.  You plug your guitar cable into the interface and the interface connects to the device such as a laptop, PC, tablet, or smartphone.  The speakers are now able to be the voice for your guitar.

Audio interface devices can have multiple features that affect performance, sound quality, and connectivity to the computer such as IO (Input/Output) connections, headphone output, microphone preamps, and digital signal processing to make use of effects.  An audio interface also allows you to record your music.

However, you must be specific when choosing what audio interface you buy as it must be compatible with what you’re plugging into.  For example, the iRig HD 2 is compatible with Apple products such as the iPhone, iPad, and Mac.

4. Use Your Home Stereo/Boom Box

Can you plug electric guitars into home theater systems?  Sure, you can.  Many generic home audio systems may not be able to keep up to the demands of bass frequencies as they’re not designed for instruments, but it’ll do if all you want is sound without using an amp.

If you have a theater surround system or high-end home audio equipment, you can certainly maximize its use for your guitar.  Simply plug your guitar cable into the AUX connection to get amped up.  However, you’ll definitely need to get the right adapter to fit to the end just like you would need to hook up to a multi-effects processor.

Say you’ve chosen what type of amplification method works best for you, but how do you want to hear it?  Most importantly, how do you play electric guitars without disturbing neighbors?  Headphones.  With all this talk about them, it’s fair to say a word or two about them.

You can use any ol’ headphones you have lying around the house or you can spend a good deal and purchase a great pair that will provide quality sound throughout the entire frequency range like these Audio-Technica ATH-M50x headphones.

Then there are wireless headphones that work via Bluetooth.  The range radius, latency, and battery life will vary between brands.  The only problem with Bluetooth connection for guitar headphones is latency.  Latency refers to the delay between the time you strike the string to when you hear it through the headphones.  You’ll want to look at how well it performs and keeps up with your needs.  As a backup, many Bluetooth headphones come with audio cables so you can still plug in.

A Word of Caution

Always make sure the master volume is turned all the way down before plugging in to any device.  Once connected, turn it up slowly so you don’t blow out your eardrums.

Just Get an Amp

We get it.  Amps are big, inconvenient for travel, and can quickly get very expensive.  But, they provide the easiest way to get plugged in and heard wherever you can find a wall socket.  However, there are cheaper models, including those included in beginner electric guitar packages which means there’s really no excuse to be without one.

Many of the alternatives can cost as much as an amp, but unless it’s portability that you’re really after, an amp with a designated headphone output jack is the way to get playing without disrupting fellow roommates or the neighbors.  Can you play an electric guitar without an amp?  Yes, you can.  Do you have to?  Definitely not. 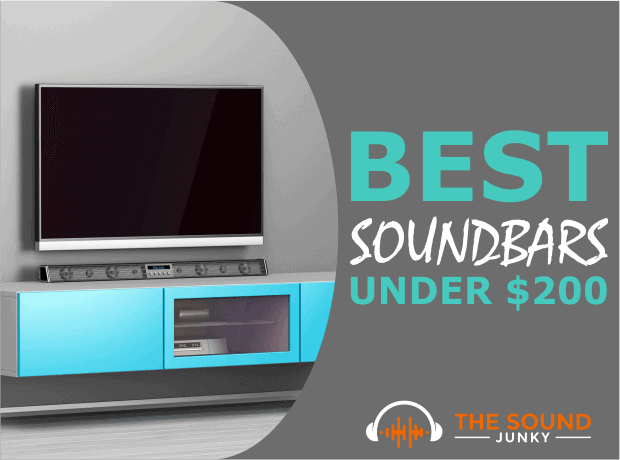 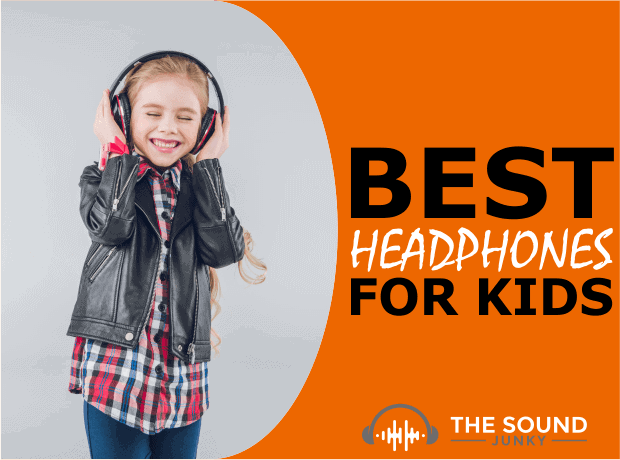 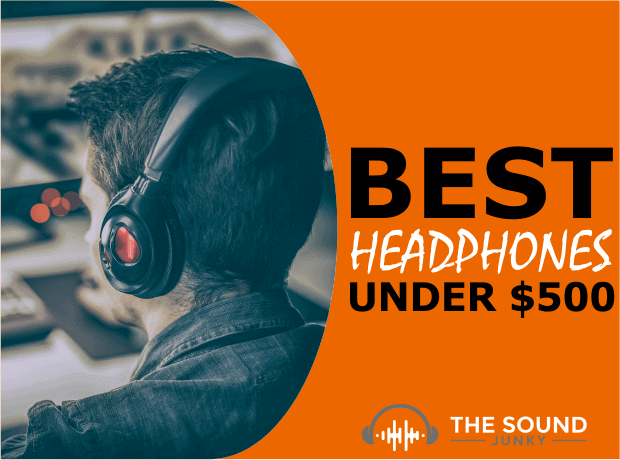 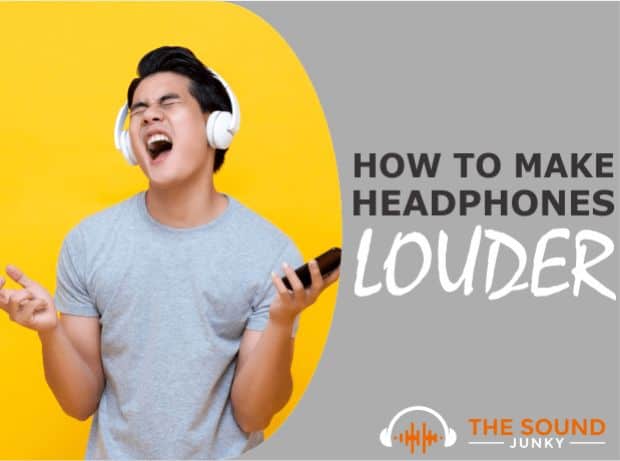 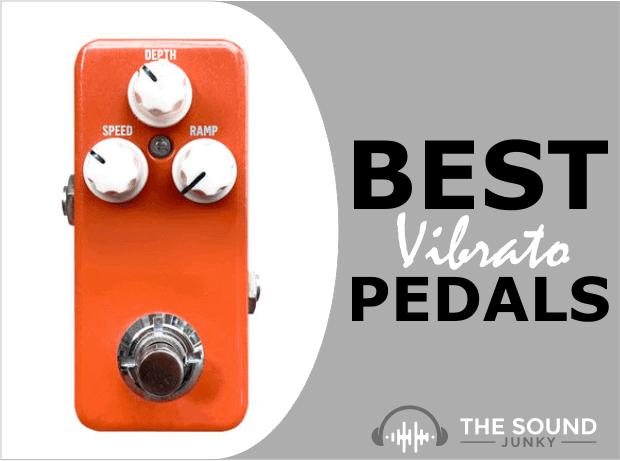