This week I was fortunate enough to get my hands on the much talked about Grote 335 semi-hollow electric guitar.

As the name implies, the guitar is modeled after the famous Gibson ES-335, but this model only costs around $260 on Amazon.

Semi-hollow guitars are used in every genre from Rock, to Blues, to Jazz. They are essentially the first successful hybrid of acoustic and solid body electric guitar designs. The hollowed-out body lends an airy quality to it, much like an acoustic guitar, while maintaining a low amount of feedback (due to the internal wooden block) like a solid body electric.

While full hollow body guitars failed to be useful at high volumes due to the squealing feedback they caused, the 335-style guitar has much lower amount of feedback and could be used in larger live settings.

If you are interested in learning more about the history of the ES-335, check out this video.

Today, a vintage Gibson ES-335 can fetch tens of thousands of dollars. Even modern built Gibson ES-335’s can cost a couple grand.

Is it possible to only spend a couple hundred dollars on a Chinese made Grote 335 and get the same quality of guitar as a modern Gibson?

I’ll be looking into this and much more on this Hand’s-On Review of the Grote 335.

I’ve heard multiple people say that every professional guitarist needs a Strat, Tele, Les Paul, and a 335 in their collection. Sometimes, the 335 has the addition of “for all your other needs” tagged onto the end of it.

What I gather from that is that the 335 can be an extremely versatile guitar. Nashville session guitarists Tom Bukovac even says that he could show up to just about any session with just a 335 and he could do anything.

While these remarks are obviously aimed at Gibson ES-335’s, I found that the Grote 335 held up to this reputation.

I will note that the neck pickup has a pretty severe angle to it, but this can be adjusted and is an often-debated aspect of the guitar’s design. I found the pickup volumes to be pretty equal and well voiced, so I didn’t mess with it.

I did almost all of my demoing of this guitar through a small Fender Tweed amplifier, as I think the pair are a match made in heaven.

The pickups have just enough output to them to give a small tube amp the extra push it needs to have bold clean tones. Rolling the tone knob to 5 on the neck pickup created a warm sound, with rolled off high end appropriate for classic jazz playing.

The bridge pickup is lively and never sounds harsh. Without changing a single setting on my amp, the bridge pickup turns the guitar into a rockin’ powerhouse appropriate for heavy blues or classic rock.

In order to get some heavy gain tones, I stuck with the small tweed amp and added a Way Huge “Red Llama” overdrive pedal into the mix. The neck pickup was a little too warm for this kind of overdrive, though it could work for a 60’s psychedelic fuzz thing, so I switched to the bridge pickup.

Man, oh man. This guitar was barking in a good way. It sounded aggressive, resonant and complex. The muddy low end actually lent itself well and added some lo-fi grit that balanced well with any shimmering high notes I played.

I felt like I was able to get Jack White-esque lead tones really well with this setup.

Overall thoughts on the Sound

While it may not be as rich and balanced sounding as a vintage 335 or some of the boutique builders emulating this design, I think it sounds well above its price range. The mixture of lively high end and muddy low end gives this guitar a pretty unique tone.

My favorite sounds were definitely under clean and edge of breakup settings, but it can take high gain as long as you have a watchful eye on feedback (unless you’re going for that sort of thing).

I received this guitar setup by a professional, so I can’t attest to the “out of box” playability of the instrument. All comments/thoughts will be based on how the guitar is after being professionally setup.

The Grote 335 is as lightweight as one would expect from a semi hollow guitar. It feels sturdy and well made enough. The binding around the body has some nicks and isn’t perfectly executed in terms of the finish. That being said, you really have to look hard for any of these issues.

The lacquer is pretty heavy.  I’m sure the wood is not breathing under all that lacquer; however, the guitar still manages to sound good.

The flamed maple is pretty, and the brown finish makes the instrument feel like a classic. The back appears to be heavily painted to cover any woodgrain and is evenly applied. It certainly doesn’t have the look or feel of a boutique job, but that’s not what you’re paying for.

The neck has the same finish and binding as the body and is shaped into a slight D shape that feels good for chords and lead parts alike. I noticed that the rosewood fretboard has a subtle wood grain to it. The fretmarkers are square pearloid and add to the vintage feel of the guitar.

I was most impressed with the frets.

The feel smooth when moving around the neck and are well shaped on the sides, giving the guitar a nice and easy feel to it.

The hardware is probably the most noticeable giveaway of the guitar’s price range. The tuners are okay. They feel unreliable while in the process of tuning, but once you get the guitar in tune it stays there pretty well.  Its “Gold” hardware is obviously just colored that way, but the job looks even and adds to the aesthetics.

The Tune-O-Matic bridge feels light and is probably the first upgrade I would suggest making. The pickguard feels cheap, like it is really just there for looks. The one bit of hardware I do like is the tone/volume knobs. They aren’t anything special, but they were installed well and have smooth and reliable feel to them.

The guitar is beautiful to look at. The brown finish over flamed maple top, combined with white binding, pearloid fretmarkers and gold hardware make this guitar understated and eye catching at the same time. It would be appropriate in a number of different settings. I don’t think that anyone would take aim at the guitar for how it looks.

You really have to hold and play the guitar to notice any of its shortcomings.

I am always skeptical of budget guitars, and I think you should be too. That way, when a guitar like the Grote 335 comes around you can be pleasantly surprised. It’s no wonder this model was ranked as the Best Cheap Semi Hollow Body Guitar on The Sound Junky.

No, but while this guitar shares a similar build, it is in a completely different class. It makes having that kind of guitar attainable.

It’s a great, cheap guitar. If you are interested in trying out a 335-style guitar and want to play it safe on the bank account, then this is a great option. I also think that if this is all you can afford, then you are getting a lot of bang for your buck. The pickups are worth keeping and are definitely responsible for the majority of its great tone. If you’re a working blues or jazz musician, you need to have one of these in your arsenal.

The Grote 335 looks good, feels good, and sounds good. It gets my stamp of approval. 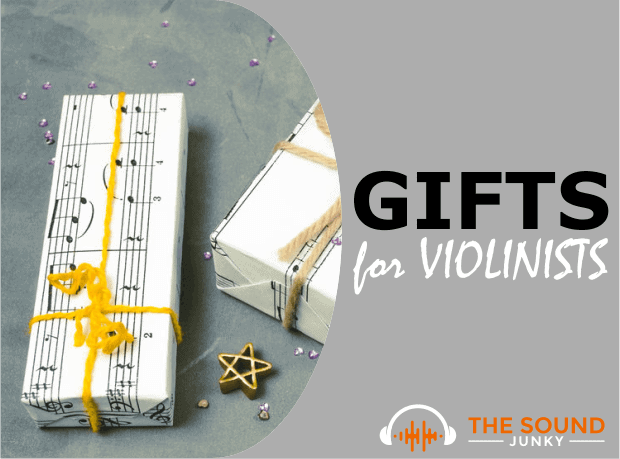 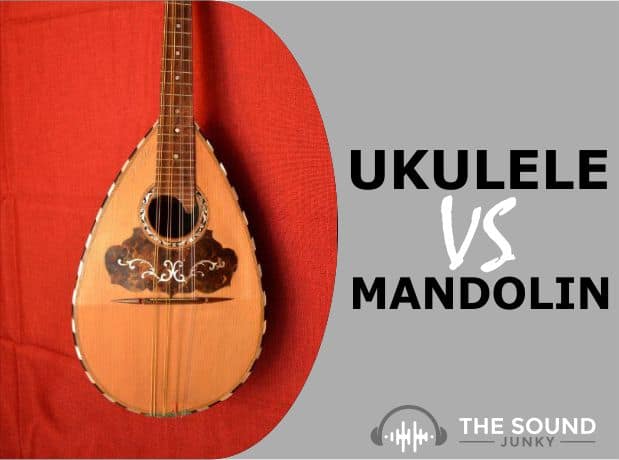 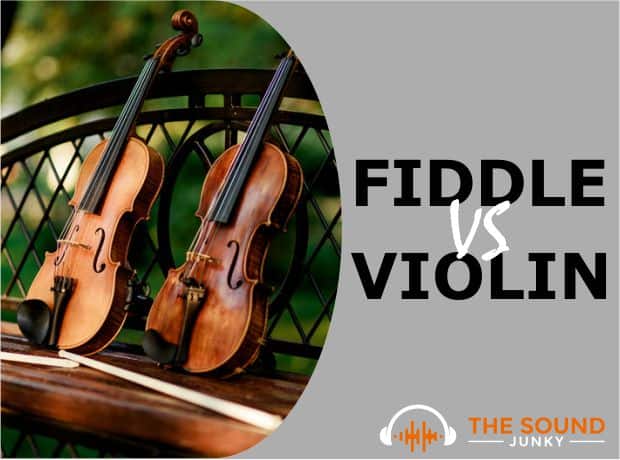 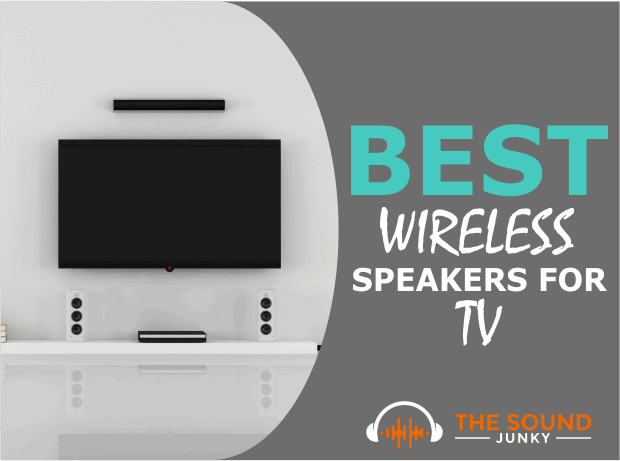 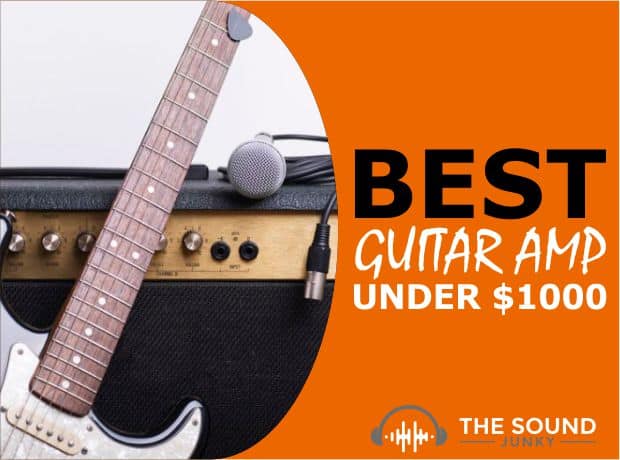