This article examines Cicatriz ESP which is track 7 on the album ‘De-Loused In The Comatorium’ by The Mars Volta. I have attempted to interpret the meaning of the entire album and the story of Cerpin Taxt.

In Cicatriz ESP Cerpin awakes yet again to find that he has been transported to a barren desert named Sowvietna. All his memories have been erased.

As well as transported, Cerpin finds that he has been transformed into something else. In his new form, he speaks in sounds of click and grunts, and he finds that solid objects (his hands in this case) can pass through his body.

He is no longer Cerpin taxt, but has become Clavietika Tresojos, and he is now a she.

Behind him (or her) she sees two disemboweled ants. These ants have the faces of men on their backs and are known as the Phyxia soldiers. It seems that Clavietika Tresojos (Tres ojos meaning “Three-eyes”) has the power to make her enemies kill themselves by singing to them. As well, she also has the power to duplicate herself. These powers combined with her translucent body make Clavietika Tresojos almost impossible to kill.

On the other side of the spectrum is Recherche Bellicose. He is the one who is in charge of all the Phyxia troops. His arch-enemy, Ojeno Valaso, is hiding inside Clavietika’s body.

Ojeno Valaso and Recherche Bellicose used to be best friends, connected by their beliefs. They built Sowvietna from scratch, and made it into a huge civilization. Everything was fine for about 20 years until Recherche became lustful for power. He started a new regime in which everyone must look the same, holidays are banned, and the language is changed from the angelic “Ectal” to the clicks and grunts that Recherche is forced to use due to his speech impediment. Anyone who’s opinion is different from the law is executed with many different punishments, the worst of these being impaled on a gigantic spike which tears the victim’s insides out as they slide down. Once they are dead (or close to it) a giant magnifier lights the body and turns it to ash. Ojeno Valaso knows that this is unacceptable, and organizes a rebellion.

Back in present time, the injured Clavietika (Cerpin) is being chased by 3 Phyxia troops (ants). Before the 3 Soldiers trailing the Clavietika could find her, they hunted a young boy down. After being captured, the Boy insults the soldiers and they kill him.

As night falls, Clavietika finds some old ruins, and uses the ice from a fountain to heal her wounds (Clipside of the Pinkeye Fountain). She plans for the demise of all things Phyxia, tomorrow.

In the morning, Clavietika spent a short while doing her “ritual of morning passes” (kind of like people who go for a jog in the morning, but flying). She eventually gets so fast that she breaks the sound barrier and alerts all the Phyxia on her tail of her location. But all of them were so shocked, they could not move. As Clavietika came around in the direction of the 3 Phyxia soldiers following them, she opened her mouth and sang out words from the Irradi Exerptas (the magic book from which she gets most of her power). Immediately they removed all their Armour and began killing themselves. Always starting with the eyes. Some disemboweled themselves, while others cut off their own feet and hands.

As Clavietika came down to check on the bodies and make sure everyone was dead, a group of Phyxia soldiers ambushed her, which would not have been a problem, but they all had protective headgear that kept them safe from powers. It turns out that one of the previous soldiers she had killed left his radio on, so that Recherche could watch and listen to everything Clavietika was doing.

Clavietika let out a massive shriek which disintegrated most of the Phyxia soldiers protective Armour, in turn causing them to commit suicide. One brave Phyxia soldier forced himself inside of her transparent skin, and installed an immobilization muzzle at her heart. He died due to the massive amount of radiation in her DNA.

The soldiers immediately activated the immobilization muzzle, causing Clavietika to choke on her own fluids, thus killing her. When she died, she opened up her insides to reveal Ojeno Valaso hiding inside of her.

Ojeno Valaso gets hauled off to the Phyxia prison camp. As he walks through the camp the Phyxia soldiers cheer his defeat. The prisoners who are kept there bow in honor of him as their causes were alike. Recherche announced that Ojeno Valaso will volunteer his time as an impaliour, to slide his body down to ash.

The Phyxia soldiers placed a crown of leeches over Ojeno’s head, to suck dry all his knowledge and memories. As he stood over the hole in which the totem pole would come up and impale him, he started to hallucinate. In his dream he was hovering over a lifeless body, as mourners surrounded the body.

Ojeno was impaled on the pole, being insulted and enjoyed by all the Phyxia Soldiers.

Recherche set the gigantic magnifying eye in place, and Valaso was disintegrated instantly. But as he died, out of his ashes emerged Cerpin Taxt. Not the transformed Cerpin, but the same Cerpin that he was before.

Sorry for the very long summary, but Cicatriz ESP is a very long story….let’s just say that was the condensed version. Now on to the lyrics.

Cicatriz ESP is sung from Ojeno Valaso’s point of view. He starts off the story making a reference to who Clavietika is.

Do you recall its name

He then shows part of Ojeno’s Capture.

Will drag your halo through the mud

When he says this, he is talking about when Ojeno is captured and they have the long walk back to Sowvietna. At this time he is chained up and probably dragged part of the way. He continues to describe what happens to Ojeno.

Most of these lines describe Ojenos punishment. When he says “Ash of pompei, Erupting in a statues dust” he is referring to the giant glass magnifier that burnt Ojeno Valaso to “ash”

Cerpin describes Ojenos punishment of being an impaliour when he says “Sutured, Contusioned, This is my last incision, The stitches have defected.”

To kill Claviatika, a lone Phyxia soldiers reaches inside her transparent structure and installs a muzzle on her heart. Unfortunately the soldier dies due to the massive amount of radiation that makes up Clavietika’s DNA structure. This is shown in the line

To reach inside a vault
Whatever Be The Cost

Just like telling a story, he shows all that has happened to the town of Sowvietna and the Phyxia ants with the line

Beyond the anthills of the dawning of this plague

*patronizingly* When he says “I’ve defected” he is saying how he’s defected, imagine that. *no more patronizing talk*

The line “even if this cul de sac did pay, I’ve lost my way” is saying how even though him turning around (cul de sac) and starting a rebellion was the right thing to do, and he doesn’t regret it, he doesn’t have a plan to get out of the situation he is in (I’ve lost my way).

One of the hardest lines to decipher is

This line is an oxymoron. On one half you have “Sterling Clear” which is referring to something that is very clear. On the other half you have “Blackened ice” which is, of course, not clear at all. The line is basically saying that things that seem to be on thing, are actually something else. This metaphor applies to 3 parts of the story.

Cerpin continues the story. He describes the type of mob justice he has experienced:

When he says “Still scalping this ticketless applause” he is referring to how everyone has come to see the show of his execution. Of course there are no tickets to see a hanging (or impaling) making it a ticket less applause when they all cheer for his death.

When he says “And when they drag the lake there’s nothing left at all” he is saying how they don’t have any proof of any crime he has committed. The metaphor is referring to when police search (drag)the lakes to find bodies in order to convict criminals of their crimes. In this case, there was nothing to find, because there was no crime.

We move forward to the music…

Cicatriz ESP starts with the chase through the desert. It seems apparent through the laid back tone of the song that the Phyxia have been chasing Clavietika for hours, and are very tired due to it. The song moves on to the more intense Chorus.

The Chorus of Cicatriz ESP has much less to do with the current story, but more likely to be a representation of what happens in the flashback of Ojeno and Recherche’s past. This is shown in the words “I’ve defected” which is obviously referring to Ojenos rebellion.

The song then breaks down into what I like to call, “The Crapper”. I must let you know that I really am just not a big fan of the drawn out, 5 minute long, ambient noise sections. I know it is doing a great job of showing Ojeno’s capture and the silence of his trip back to the prison, but it really is Cicatriz ESP’s weak point.

From the ambient guitar noises, the drums start fading in ever so slightly. When the drums climax, all the instruments come in and the Lead guitar hits an exquisitely solid note. This is the best part of Cicatriz ESP. It shows Ojeno as he gets back into town. The crowd bursts into applause because they know he has been captured (not the people on his side of course).

Cicatriz ESP continually builds with another Chorus until the end, where it stops dead, just like Ojeno Valaso’s heart.

Next, see the final dream world chapter in This Apparatus Must Be Unearthed. 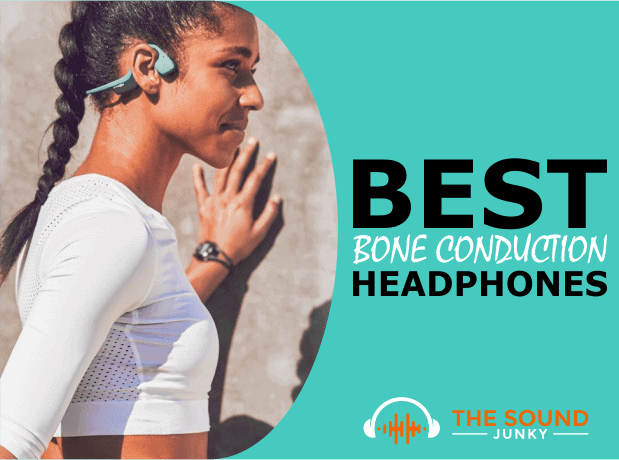 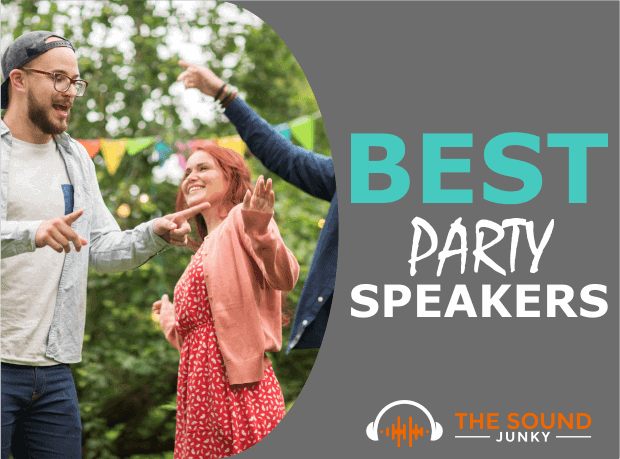 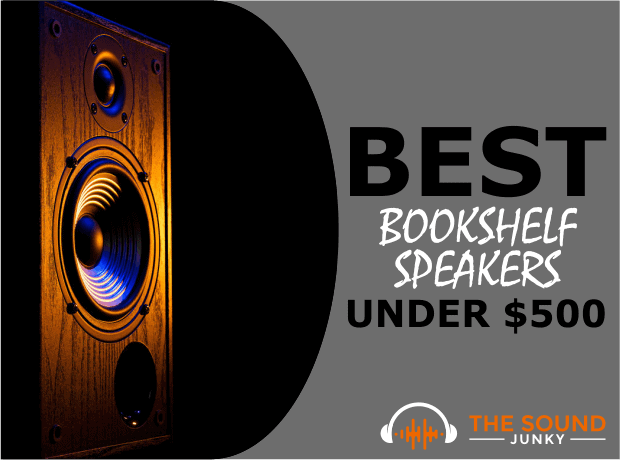 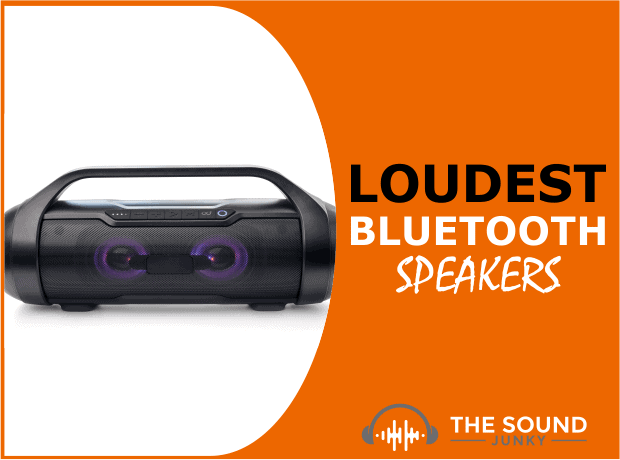