Buckle up. If you’ve recently taken a trip down ukulele lane and realized there’s a lot you didn’t know about the little instruments, you’ve come to the right place.

This little space on the internet will tell you everything there is to know about different types of ukuleles.

From the different sizes all the way to the hybrids, no stone will be left unturned!

I’ve been fully submerged in the world of ukuleles since I bought my first soprano about 15 years ago and let me tell ya, it’s been a wild ride!

So, if you’re ready to learn all there is to know about ukuleles, let’s get started…

Snapshot: The 10 Different Types of Ukulele

The Different Sizes of Ukulele Explained

You’re probably already aware of the four different sizes of ukuleles – soprano, concert, tenor, and baritone. But, do you know what makes them different other than a couple of inches?

The soprano ukulele is the go-to size in a lot of cases. It’s sort of the celebrity of the ukulele world. With the traditional Hawaiian sound and look, the soprano ukulele is popular amongst beginners and younger players. It has a scale length of 13 inches and between 12-15 frets and is perfect for all those small-handed players.

So what makes the soprano different from the other sizes of ukuleles available aside from its size? Well, first of all, it’s voice. The soprano ukulele has a very bright, classic sound and has become the sort of stereotypical ukulele as a result. Although it’s small size makes it easier for kids to play, it certainly isn’t limited to just being a “beginner” instrument. Even the pros have sopranos in their collection!

Ukuleles are known for being “happy” instruments and I’d say sopranos are the happiest of them all. Plus, given their smaller size, they’re also the most affordable of the bunch. You could easily find a good soprano for under $50. So, if you’d like to take up a new hobby with minimal investment, a soprano ukulele might be your new best friend!

Despite the fact that soprano ukuleles have become the most famous of the ukes, concerts are actually more popular amongst players. Its larger scale length of 15 inches makes it a little easier for adults to play and its slightly lower voice is often favored over the soprano. You might recognize the concert ukulele from Grave Vanderwaal’s America’s Got Talent performance back in 2016.

If you’re anything like me, you’ve watched almost all of the ukulele covers on YouTube. Most of them are performed using concert ukuleles rather than sopranos. So, if you’re a female singer looking for a cheerful little accompaniment, concert ukuleles are the way to go. Personally, I struggle to choose a favorite but I have to admit that sopranos can sometimes be a little bit too bright, even for me.

There, I said it. I often use the word “plinky” in my blogs to describe ukes that are too bright for my liking. So, although I love sopranos, unfortunately, they’re often a bit too far on the plinky side. I would usually recommend concert ukes to most beginners, as they’re just all-round great little instruments.

Now, you may not have heard of the tenor uke but this guy’s actually the favorite when it comes to celebrity ukulele players. Remember that Jason Mraz song “I’m Yours” that brought the ukulele into the limelight? You guessed it! The punchy riff is actually played on a tenor uke. Oh, and you will definitely have heard the Hawaiian celeb Israel Kaʻanoʻi Kamakawiwoʻole’s iconic “Somewhere Over the Rainbow” cover, right?

That one was performed using the Martin IT Tenor ukulele (which has been on my Christmas list for years). I’m also pretty sure Bruno Marz sports a tenor from time to time. Anyway, I could go on forever about celebrity ukulele players, but my point is that they’re really popular amongst male singers. Out of the whole ukulele family, I’d say tenors are pretty underrated.

They’re a little bit more soulful than concerts and sopranos, and they’re usually a bit louder too. The only downside – they’re on the more expensive side. But, don’t get me wrong, you could still find a pretty good tenor uke at around $80.

My frequent readers will know that I absolutely love baritone ukuleles. The baritone is the biggest of the 4 sizes with a scale length of 19 inches. Now, because they’re the biggest, they are, in turn, the most expensive. However, they are 100% worth the money. Plus, there are some great options under $100, so they’re not extortionate. So, what sets the baritone aside from the rest of them, you ask?

Well, most importantly, they’re tuned to the key of G rather than the key of C like sopranos, concerts, and tenors. So, they sound a little bit more like a baby guitar! They’re the easiest of the ukuleles to pick up if you already play the guitar. In fact, you’ll probably be a pro in a matter of minutes. The baritone has a beautiful soulful voice and sounds almost harplike.

It’s definitely one of my favorites to play and I think every ukulele enthusiast should have one in their collection. You can get a really bluesy tone from baritone ukuleles, especially if fingerpicking is your jam.

What Are Electric Ukuleles?

I haven’t come across many truly electric ukes in my time, but there’s definitely a few out there. Electric ukuleles are just like electric guitars. They have steel strings, solid bodies, and are amplified through a magnetic pickup.

The main difference between electric and acoustic-electric ukuleles is that completely electric ukes have steel strings, making them sound a bit like the electric guitar’s younger sister.

Another key difference is the electric uke’s solid body, making the instrument fit for a rock band. So, on a scale of Jason Mraz to Led Zeplin, how rocky are you? If you answered Led Zeplin, you need an electric uke in your life.

Because of its steel strings, solid body, and magnetic pickup, the electric ukulele sound completely different from its acoustic counterpart. Nylon strings and a hollow body are what give the acoustic ukulele it’s traditional Hawaiian sound so, as you can imagine, without them, the uke sounds entirely different.

Plus, with effects like reverb, distortion, and delay, there’s no limit to the music you can make with an electric uke. The only real similarity between an electric and an acoustic uke is that they’re both tuned to the key of C and that’s about it.

What’s the Difference Between Electric and Acoustic-Electric Ukuleles?

On top of that, acoustic-electric ukuleles are much more affordable. In fact, you can get your hands on one for around $70. What a bargain!.

Ukuleles Made from Alternative Materials

Traditionally ukuleles were made of solid wood but, as their popularity has grown, companies are beginning to use some quite funky materials to craft their ukes. Most of us don’t have the time or energy to control the temperature and humidity in our homes.

I mean, I’m pretty committed to looking after my collection but I have to say I could do without the stress. So, if you’re on the same boat, a uke made from something other than solid-wood might be more up your street.

Most affordable ukuleles are made from laminate wood. Back in the day, laminate wood ukuleles used to be a big no-no where I was concerned. However, with the growing demand for the little instruments, companies like Hola! Music and Kala have crafted some amazing laminate wood ukes. Gone are the days where you’d have to spend a couple of hundred pounds to get your hands on a decent ukulele and thank god for that!

There are some great perks to laminate wood ukes (other than their price tag). They don’t scratch easily or warp in humidity and, all in all, they’re just a lot more durable than solid-wood instruments. Unfortunately, the downside is that they don’t age very well. I mean, your laminate wood ukulele will sound the same a couple of years down the line as it did when it was straight out of the box, which is great because it means they’re highly durable.

I just love how solid-wood ukuleles sound better and better the more you play them. So, that’s really the only thing that puts me off laminate ukes.

Lava music really changed the game where alternative material ukes were concerned. If you’re a ukulele fanatic like myself, you’ll remember when the Lava U carbon fiber ukulele made its way onto the scene. Before that, alternative materials had somewhat of a bad rap.

Carbon fiber ukes can withstand high temperatures to extreme lows, so they make the perfect travel buddy. Sound-wise they’re a lot like traditional acoustic ukuleles, just with a bit more of an edge.

In the spirit of changing the game, I had to mention the Fluke (or flea) ukulele. “What the heck is that?!” I hear you screaming at your computer screen. Well, the Fluke is an incredibly unique instrument. It combines a solid-wood soundboard with an injection molded thermoplastic body. Phew, that was a mouthful.

I was actually a little bit skeptical when I first heard about the Fluke, however, it is actually a wonderful little instrument.

It has a lovely, full-bodied sound and is, of course, incredibly durable. Also, it has a flat bottom, so it can stand up on its end. I don’t know why more instruments arent made that way, it’s so handy!

Nope, we’re not done yet!

The ukulele world has become somewhat of a bottomless bit, and I mean that in the best way possible. Hybrid ukuleles aren’t all that popular, but they’re definitely still worth mentioning.

The banjolele is a banjo/ukulele hybrid. They’re fun little instruments that combine the best of both instruments. Unlike the banjo, it has a smaller neck and only has four nylon strings. It also has a stretched skin head (similar to a drumhead) and is perfect for percussive playing. The banjolele is tuned to the key of C (G, C, E, A) and is played much the same as an acoustic ukulele.

The guitalele is more or less a 6-string baritone ukulele which is tuned, like a guitar (to the key of G), just a 4th higher. Basically, playing a guitalele is exactly the same as playing a classical guitar with a capo on the 5th fret.

One of the most common questions I get asked about guitaleles is whether or not you can play them the same as a guitar. The answer is yes, you can. I have quite small hands, so I find it easier to play a guitalele, but I imagine players with bigger hands might struggle for the same reason.

Ukuleles are the Gift that Keeps on Giving

There are so many different types of ukuleles.

Just when you think you know it all another hybrid is born or a company produces a new, unique model. From sopranos to baritones, all the way to banjoleles, there’s seemingly no end to the variety of ukuleles out there.

They truly are the gift that keeps on giving.

So, whether you’re a novice to the instrument or a complete pro, I hope this article inspired you to try a new size, material, or even a hybrid. Recently, I’ve really gotten into percussive playing, so I think the banjolele is next on my list.

What type of ukulele do you want to try? 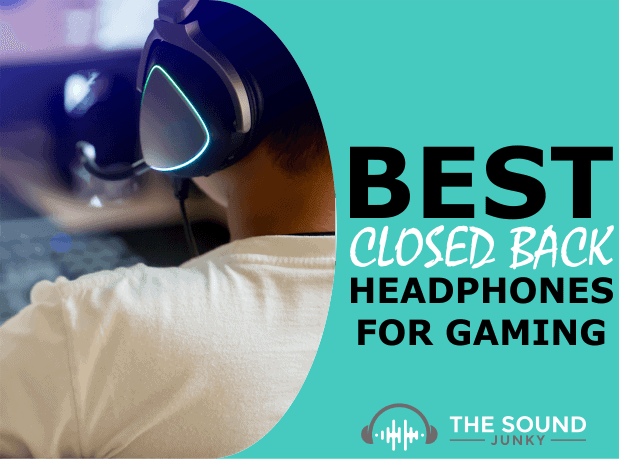 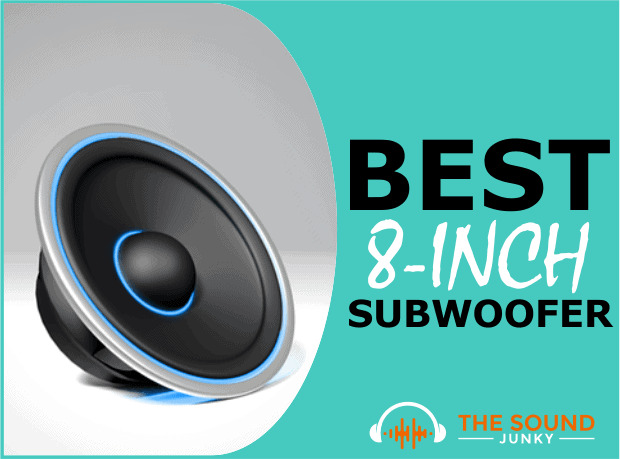 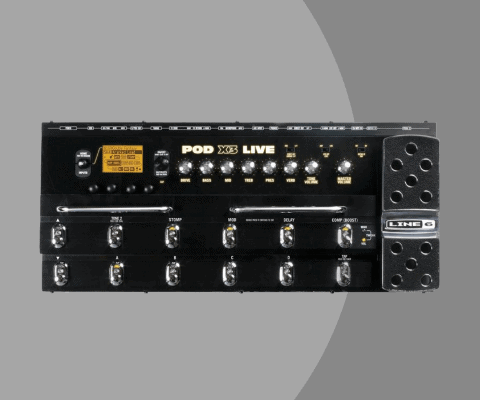 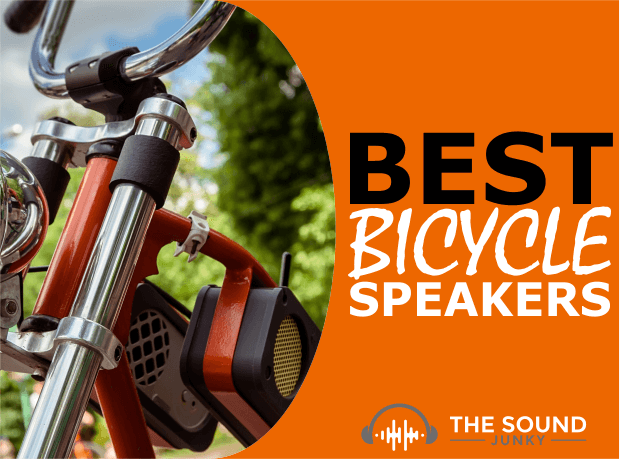 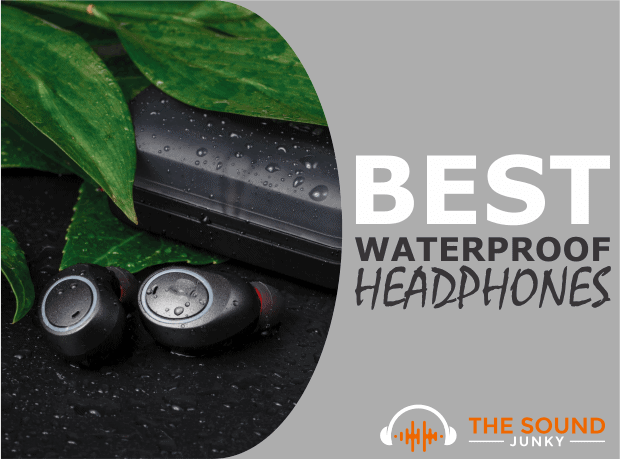