You might be curious as a cat to how a guitar can be “silent.” Well, it’s not necessarily silent in the way that you would think. With just one look at the unique instrument, you’ll immediately see that the Yamaha SLG200S Steel String Silent guitar is definitely in a league of its own.

Its “bodiless” design is a dead giveaway that this guitar is going to be quiet. Without a hollowed body for richness, depth, and natural amplification, what purpose does this guitar serve?

It’s 80 percent quieter than a traditional acoustic, but it’s louder than an unplugged electric guitar. It’s meant to provide diminished sound when wanting to practice in quiet or to keep the volume down so as not to disturb others.

However, when you do want to be heard, you have an SRT preamp with an under-saddle bridge piezo pickup. You can plug straight into your headphones to jam privately or you can hook up to an amp for stage-worthy praise from your audience.

At first glance, you might think the neck has a short scale – not so. The neck joins the body of the guitar at the 14th fret instead of the 12th fret.

All frets on the neck are easily accessible with the modified folk cutaway, and as a side note, the upper bout is completely removable.

The Yamaha SLG200S Silent Guitar is a solid instrument that’s not just wall decor. Buyers love the advantage of being able to play as often as they wish without burdening others under the same roof.

However, some complaints reveal that not everyone is a fan of the quiet sound. You’d think that this would be an obvious fact since this is categorized as a silent guitar.

To note, small sound complaints also came from the nylon string version of this guitar that clearly would produce a softer resonance than this steel string.

Despite its diminished acoustics, the built-in preamp more than makes up for the lack of body wood.

As long as you’re not planning on playing unplugged at a campfire, you’re good to play wherever you can plug in!

Other than that, they’re almost identical instruments if you were to look at them side by side. They also share the same preamp system, types of wood (Natural and Tobacco Sunburst models), and price.

If this Silent Yamaha has you intrigued, you also might be curious about the quirky-looking Traveler Guitar Pro-Series Acoustic-Electric Guitar. With very slim dimensions and a detachable lap rest, it can go and be stowed anywhere with ease.

It relates to the Yamaha in that it’s missing a lot of wood to frame out a traditional guitar body. It lacks a headstock as the tuners are built into the one-piece body of the guitar. Unusual? Yes. However, it’s also cheaper than the Yamaha!

This is also one of the guitars that made our list of acoustic electric guitars great for the beginner.

How is the Yamaha Silent Guitar Packaged?

The SLG200S guitar arrives disassembled and in the included gig bag. By disassembled, we mean that the upper bout of the guitar is unattached to the body. It’s easy to attach by locking into place by twisting into the strap pegs.

What are the Available Finishes for the Yamaha SLG200S Guitar?

This model is Tobacco Sunburst with the combination of Rosewood and Maple woods. The body, neck, and lap rest are made out of Mahogany. The other two available finishes are Natural and Translucent Black, both with Mahogany bodies.

What are the Included Accessories with the SLG-200s Silent Guitar?

The Silent Steel String Guitar comes with a gig bag, headphones, and two AA batteries. Depending on vendor, you may or may not receive the headphones and the batteries.

Does Yamaha’s SLG 200s Guitar come with a Warranty?

How does the Effects Knob Function? Gradually or in Clicks?

The Effects knob can switch between three effects: Reverb 1, Reverb 2, and Chorus. It’s a gradual increase of each effect, not in clicks, allowing the effects to remain tight and to function at the level you desire.

Turning the knob to the right will increase intensity until you switch to the next effect that will start at the lowest depth level for that effect.

Where is the SLGs Silent Yamaha Guitar Made?

The SLG200S Silent Guitar is made in China.

Does the SLG 200s Guitar come with a Tuner?

The Silent Guitar comes with a built-in tuner.

How to know when the Battery Needs Replacement?

The light on the on-board system will blink when it needs replacement.

As a silent guitar, you mightn’t need much if you’re just wanting a quiet instrument for practice and private playing wherever you go. However, if you plan on sharing your talents with others, you’ll need more than what the guitar can dish out unplugged.

To get started on acquiring everything you’ll need, here’s our guitar accessories guide that you will love.

Standout Features on the Yamaha SLG200S

Our Verdict on the Yamaha Silent Guitar

To strum it up, the Yamaha SLG200S Silent Guitar is unlike the mainstream acoustic electric guitars of the day. It’s number one advantage is unlimited access to tap into your creative music genius without being scolded for late night sessions. Here’s to jamming it 24/7! 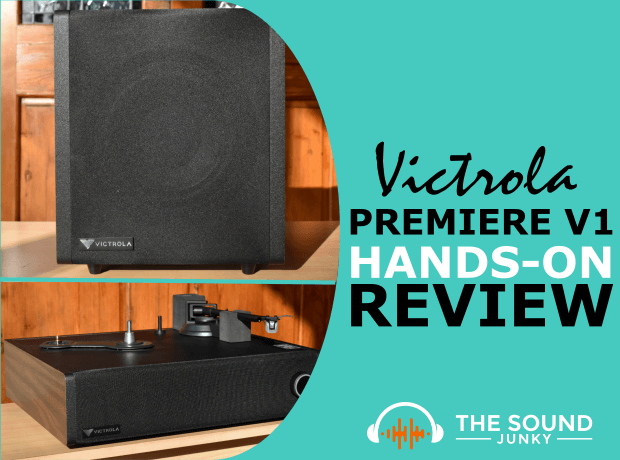